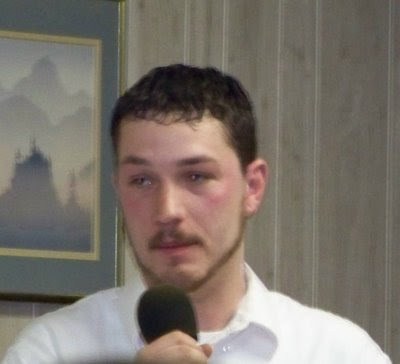 Roulette firefighter Mike Ingalls was MC for the event on
February 28, 2009 where firefighters and ambulance volunteers
were recognized and recognized others at the
Annual Fire Department Appreciation Dinner held
at the Roulette Fire Hall 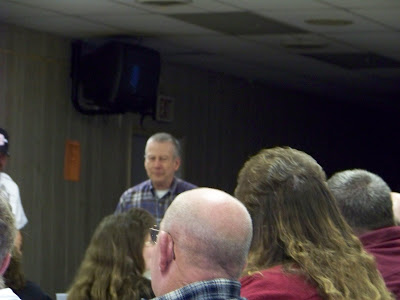 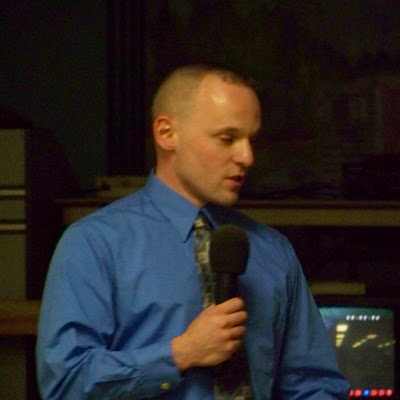 State Police Fire Marshall Dave Surra was the keynote speaker
for the event. Dave showed photos from several fires showing how
he had determined the cause of the fires. 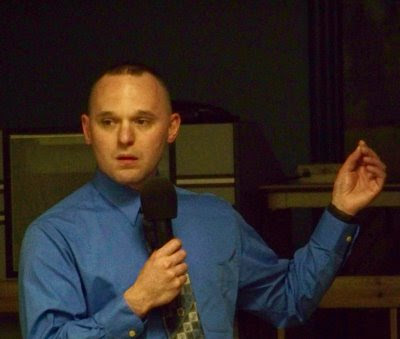 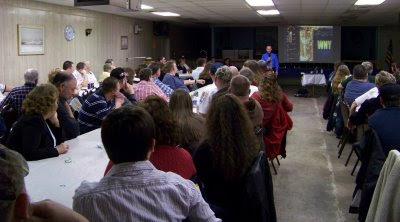 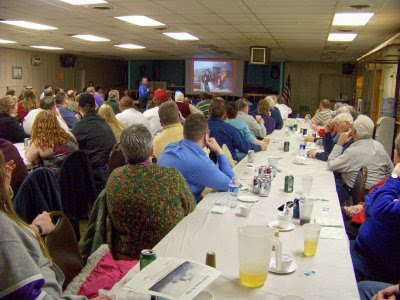 Fire Marshall Surra has been stationed at the Coudersport Barracks
for three years. He was previously stationed at Mansfield. 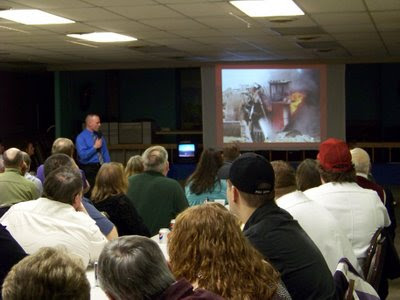 He hails from nearby Elk County 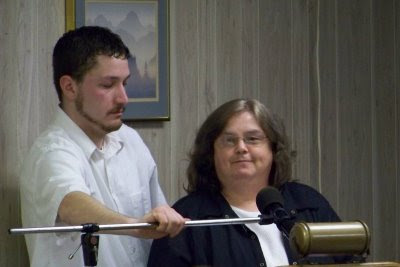 Mike Ingalls adjusts the microphone for Shirlee Winans,
who presented a plaque and donation to the fire department.
Shirlee thanked the fire department for honoring her husband,
"Skip" Winans, who recently passes away. Skip was given a
last ride on the fire engine from the funeral home in Coudersport
to his burial at the Card Creek Cemetery on Kim Hill Road. 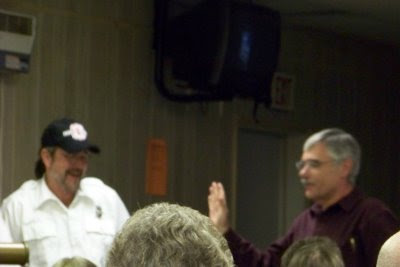 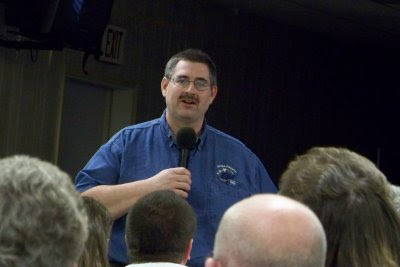 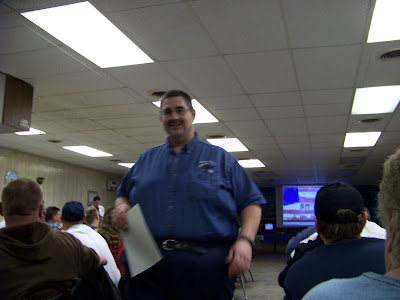 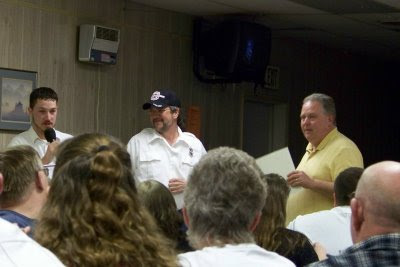 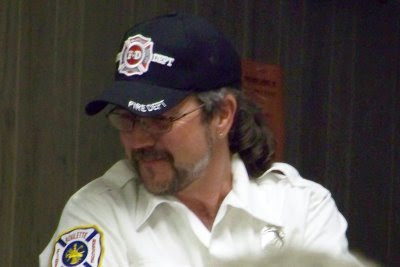 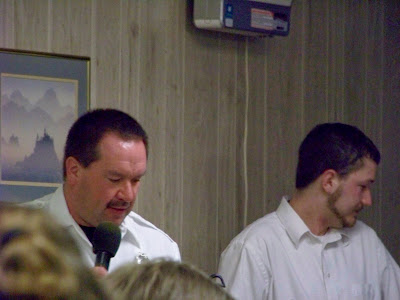 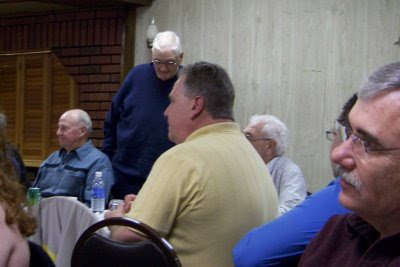 Roulette Fire Policeman Harry Boyer (standing) returns
to his seat after receiving his award for his response. 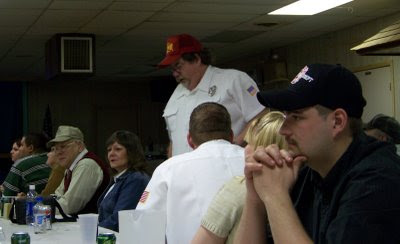 Tim Spencer (standing) received an award for his responses. 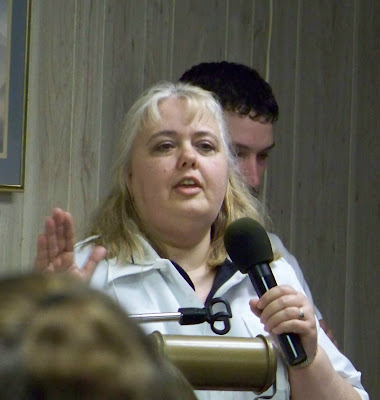 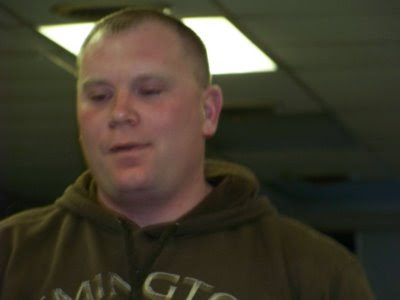 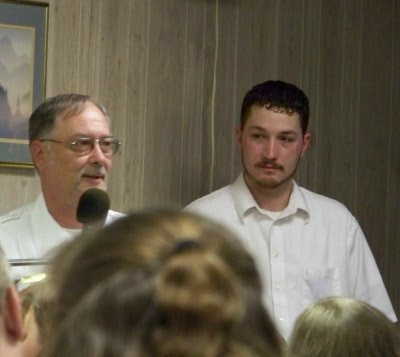 Frank Kaziska (left) helps out with the awards 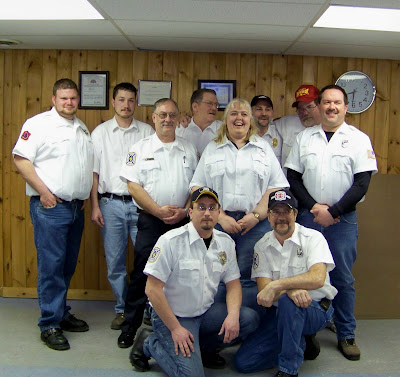 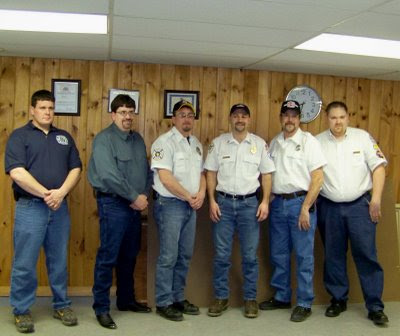 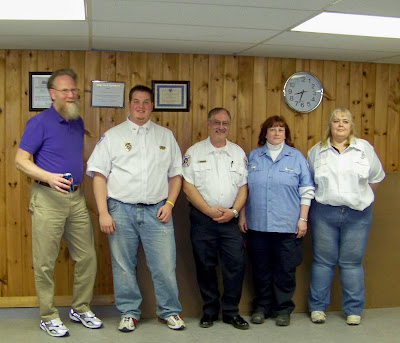 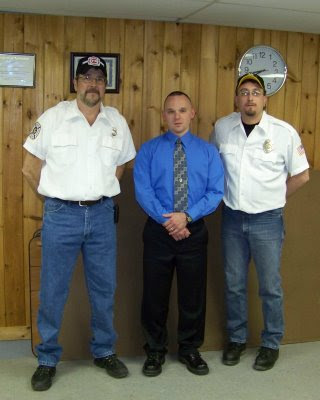 Great photos Jim. Thank you so much for all your efforts to cover all the local fire departments. Great job and keep up the great work